How to grow on Spotify (Part 1) 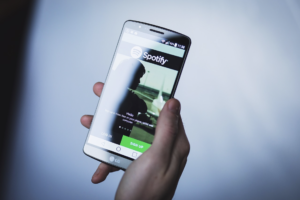 How to grow on Spotify?

Spotify might be one of the most promising platforms for up and coming artists, new and experienced artists alike in 2019. It both has the biggest audience of the paid streaming platforms, a great community, playlist driven listening and algorithms helping listeners discover new artists. Under a little over a year any artist serious about promoting, networking, discovering and play-listing should be able to reach thousands of listeners.

Spotify is inherently built around the community, both through followers, playlists, and sharing of music. After all, music is all about sharing an experience, right? Following this train of thought one may guess that the most important aspect of succeeding on Spotify is linked to connecting with the community. One way of doing this is by having a massive following on social media and directing them to Spotify. Can’t do that? Fear not, neither did I, and this is where Spotify comes to shine.

As we touched on earlier Spotify playlists is one of the most important aspects of the platform, and I dare to wager that it might be one of the major reasons for the platform’s success in aiding musicians, especially those smart enough to use it. One could even say on Spotify there are two kinds of musicians, those that utilize playlists and those that don’t. What’s so great about the playlists then, everyone can make playlists, right? This is where it becomes a tad trickier. Everyone can indeed make a playlist, however making a successful playlist is hard. Having a successful playlist is a combination of timing, tactical naming conventions, sharing, gambling, promotion, and simply sheer luck. Now if you don’t have the smarts for working playlists like it was the stock exchange, I would strongly suggest doing what most major artists does, team up with people that do. 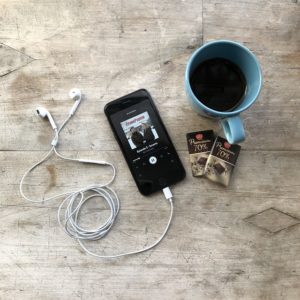 Where do you find these people? Once more this is a tricky and touchy field. There are promotional agencies that have these connections already set up, and I’m not talking about the bot ordering sites. Major labels know this very well and play around with playlists like a game of chess, how else could they bring up a no-name artist overnight? Your job now becomes finding the clues, filling in the gaps, and researching these people. One of the best ways of finding playlist curators is simply by using Spotify and researching the lists that you can find. Search for your niche, for instance, “Hip-Hop” and put on your detective hat. Some lists have information on how you can get in touch with them, though in my experience the kindest and most rewarding lists are those that don’t go out of their way to be found. Try googling the username of the playlists creator or perhaps it has links to a Twitch streamer you can get in touch with, this is the hardest part, however, this is where you may make or break your promotional game.

Now there are a lot of other ways to go about playlisting on Spotify, and indeed this makes up for only a drop in the ocean of possible approaches. Regardless this is one of the simplest, quickest and easiest to comprehend, albeit also an ethical approach. This way you get to tune into the “new school” radio stations, being the playlists, and you get to network with interesting playlist curators and expand your network. Despite not always yielding the results you initially expected (trust me it takes time), you may find your next label deal, collaboration or just a great playlist for inspiration!

This community is all about giving, try shouting out some of the lists on your social media platforms, maybe they’ll appreciate it? Tell them how you enjoyed the list and start an active two-way conversation, perhaps you have some great music (that isn’t yours) they haven’t heard yet? Network, network, network! Bring value to the people, and you will be rewarded.

Spotify is like many other things in life, it takes effort and you need to invest time to win out, however one of the reasons Spotify sticks out is that you as an independent artist actually has a chance against the monopolization you may find on a lot of other stations, and this is why I dare wager Spotify is the best station to make it in 2019.

This is the first article in a series of articles about Spotify, more articles will follow so stay tuned.